Pru Life UK Investments, registered as Pru Life UK Asset Management and Trust Corporation, is a subsidiary of Pru Life UK, the pioneer and current market leader of ‘insuravest’ or investment-linked life insurance in the Philippines.

Incorporated in 2018, Pru Life UK Investments oﬀers a superior selection of funds that speciﬁcally cater to long-term savings requirements of Filipinos who want to achieve their ﬁnancial goals through pure investments. These funds are managed by some of the country’s top fund managers.

Empower Filipinos to build their wealth and ensure a solid ﬁnancial well-being, now and for future generations.

Our purpsose is to help every person get the most out of life. We do that for our customers, business partners, employees and their loved ones alike.

We know it’s a big decision to join us. Our people give their time, talent and passion in reaching and serving our shared purpose. And we ask them to bring their authentic self to work.

We acknowledge their commitment and honor the trust they place in us by providing a platform where they can connect, grow and succeed.

At Prudential and Pru Life UK Investments, we are determined to make our mark on the world.

The Board of Directors is made up of professionals with diverse backgrounds and expertise. Mr. San Juan was an active member of the Trust Oﬃcers Association of the Philippines, serving as Director from 1988 to 1996, President from 1995 to 1996, and a former member of the Council of Advisers. He is also an incorporator of the Trust Institute Foundation of the Philippines and served as Director and Education Committee Member from 1983 to 1997. Lee C. Longa is a Certified Public Accountant with a wealth of experience in various Finance and Audit functions. He started his career at PricewaterhouseCoopers (Philippines) where he was the Assurance and Business Services Advisory Manager. He then had several stints as a member of the senior management team of various multinational insurance companies.

In 2010, he joined Pru Life UK as Senior Vice President and Chief Financial Officer. He initiated and developed funds allowing the Company to access offshore investments which contributed significantly in the business to date. In 2013, he was promoted to Executive Vice President with concurrent role as Head of Bancassurance & Alternative Market.

He was also the Head of Finance and Investment Committee of Philippine Life Insurance Association from 2012 to 2017. Under his leadership, the insurance industry has adopted the international accounting standards for insurance.

Mr. Longa completed the London Based Impact Program by Duke Corporate Education in 2014. He also completed the 2-year Enterprise Wide Leadership Development by INSEAD Singapore in 2015. He earned his Accounting degree from the Ateneo de Davao University. Ma. Emeren V. Vallente currently serves as the Senior Vice President and Chief Legal and Government Relations Oﬃcer of Pru Life UK. She has been with the Company since 2010. Prior to working with Pru Life UK, she was Country Lead Lawyer and Corporate Secretary of a multinational insurance corporation where she authored the Regional Board Standards adopted and used by all of the corporation's aﬃliates within the region.

Atty. Vallente has been sharing her expertise in legal matters with the life insurance industry since 1997. She also has extensive experience in both corporate governance and compliance and has successfully completed with Distinction the One-Year Course on Trust Operations and Investment Management conducted by the Trust Institute Foundation of the Philippines, the Neville-Clarke International Training Course for Internal Quality Auditor, and the Basic Management Program of the Asian Institute of Management. She obtained her Juris Doctor degree from the Ateneo de Manila University. Mr. Cayanan is a professor at the University of the Philippines – Cesar E.A. Virata School of Business (formerly College of Business Administration) and a Certiﬁed Public Accountant, ranked 7th in the board exam. He is also a member of the investment committee of the UP Business Research Foundation, Inc.

Mr. Cayanan has held several other posts in the university. He was an Investment Oﬃcer of the UP Foundation, Inc. from 1993 to 1996, an Assistant Vice President for Planning and Finance from 2001 to 2008, and Chairman of the Department of Accounting and Finance from 2008 to 2011. Prior to his career in the academe, he was an auditor at Punongbayan and Araullo, then an aﬃliate of Arthur Young International. Mr. Tumbaga has experience in both local and international banking, particularly in corporate communications, product management, and brand management.

Before joining Pru Life UK, Mr. Tumbaga was with EastWest Bank where he was the Vice President and Head of Bank Marketing and Corporate Communications. He also held key leadership positions as Marketing Head for AIG PhilAm Bank, Marketing Division Head of RCBC, Country Marketing Manager of Bank of America Savings Bank, and Marketing and Public Relations Group Head of Asiatrust Development Bank. He started his banking career with Citibank.

Mr. Tumbaga graduated with a Bachelor of Science degree in Physics from De La Salle University and completed his Master's degree in Business Management from the Asian Institute of Management. He is the author of a handbook on products and services published by the Bankers Association of the Philippines.

The Senior Management Team has a collective experience and expertise in various financial institutions. Princess Charm B. Balingit has been in the financial industry for 16 years with extensive experience in insurance, banking and asset management.

She joined Pru Life UK as Senior Manager for Investment Solutions back in 2017. In 2019, she was promoted to Assistant Vice President and Head of Investment Operations.

Before joining Pru Life UK, she used to be the Senior Manager for Direct Sales/Channel Management of ATR Asset Management. She also had a couple of experiences as a Foreign Exchange Trader in BDO Private Bank and Bank of the Philippine Islands.

She also handled Direct Marketing and Support Services as a Head for BPI-Insurance Group. 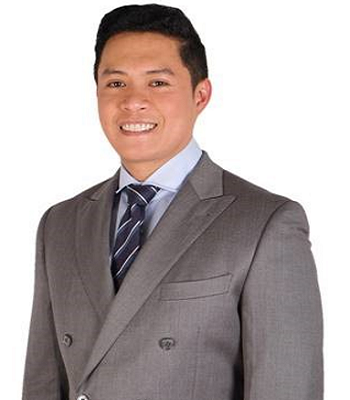 Prior to joining Pru Life UK Investments, he used to be the Head of Risk Management of East West Ageas Life Insurance Corporation.

Mr. Pasion has a background in the academe as Instructor in the Mathematics Department and Head of Corporate Planning of the University of Asia and the Pacific.

He received his degree in Bachelor of Science in Applied Mathematics from the University of the Philippines in the Visayas. Charles Y. Wong has 15 years of investment experience with 10 years spent as equities broker. He joined Pru Life UK Investments as Head of Equities - Investment Management Group back in 2019.

Prior to that, he was the Portfolio Manager for Equity Investments of Philamlife Asset Management Inc. He worked in the Trust Banking of the Metropolitan Bank and Trust Company (Metrobank) from 2015 to 2018.

He has also worked overseas, more specifically in Hongkong as the Head of Dealing and Trading in Goldenway Securities Company Ltd. Rodrigo Albert D. Maddatu has close to 14 years of experience in the capital markets. He joined Pru Life UK Investments as the Head of Fixed Income- Investment Management Group in 2019.

He has a solid background in Credit and Corporate Trading with Metrobank from 2014 to 2019. His stint in ATR KE Asset Management Group gave him a strong advantage in Fixed Income Portfolio Management, Multi-asset and Liquidity Management, and Investor Relations.

Home
About Us
Products
Reports
FAQs
Contact Us
Wealth @ Pulse